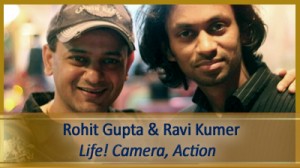 Besides being one of the most modest filmmakers to ever win multiple awards, Rohit Gupta also possesses a positively witty outlook on life. The winner of an Accolade Award of Merit for direction, cinematography and dramatic impact for Life! Camera, Action…, and an Accolade Award of Excellence for feature film, Gupta remains unassuming while maintaining his incredible sense of humor. Below, he discusses winning awards and how he developed his filmmaking career. 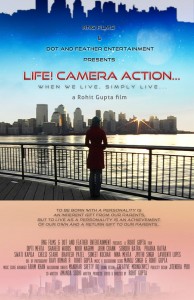 Q: When did you first realize you wanted to make films?

A: As with everything else I do, making movies is a hobby. I first ventured into filmmaking in late October 2008 when I enrolled at New York Film Academy.

Q: How did you train for a film career?

A: I simply did whatever came to my mind. Technically, I learned the most from the team I collaborated with, and some of it at the New York Film Academy. I still have a long way to go and lots of people to collaborate with and learn from.

Q: Is there any part of you in the lead character, Reina, in your film Life! Camera, Action…; like her wanting to be a filmmaker and facing parental obstacles?

A: Besides my perspective on the situation’s story, it has no reference to my life. 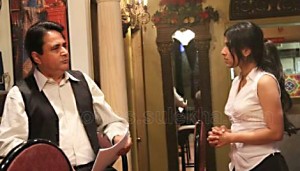 A: My co-writer had originally scripted a 15-minute film with a female protagonist as per the project assigned me at New York Film Academy. I only attempted to do justice to her thoughts and take it forward. We see guys most commonly as the leads, and the world seems to revolve around them. I was curious and intrigued to see how a female would react, feel and look in such a situation. 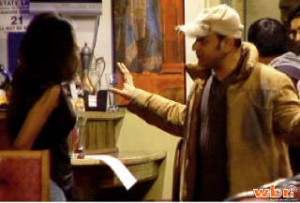 Q: Any advice for filmmakers just starting out?

A: I make movies for myself first, so depending on what one’s goals are my advice may be relative. Also, I’m still learning so I can’t really advise except based purely on my few experiences. Simply put, in my opinion, making movies is over-hyped. There is nothing more or less to it than just doing it now. I look at it this way; I come from no film background nor did I have the slightest idea of filmmaking until I joined New York Film Academy in late 2008. My first assignment was a five-minute film, which we shot in seven hours with two crew members, edited on my laptop and made for $100. It won awards at multiple competitions and festivals around the world including the Short Film Corner 2009. My second assignment was a ten-minute film converted to 90 minutes, with a two-member crew, shot in ten days on a Panasonic DVX 100 and edited on my MacBook Pro. It recently won awards at the Indie and Accolade film competitions and was invited for screening and world premieres this November 14 at one of the oldest and most prestigious South Asian film festivals in New York, Mahindra Indo-American Arts Council Film Festival 2010. 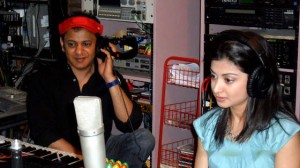 Having said that, when I can do this all in a span of 18 months, I would be very interested to know why anyone else can’t. Just execute what you feel like without any external influences. Unless you do this, you won’t know why and what you like about what you do. Only when you feel something strongly will your audience connect. This is the definition of success. Asking for advice from those who never made a feature film is a great way of finding reasons for not doing it. With pure excitement, love and compassion in your heart, all will fall in place magically. Collaborate with, and ask for advice and suggestions from, those who have objectively achieved a level of success that you can relate to. There is nothing like being original. If you try to make everybody happy, you will lose yourself. In the end, if you are happy, then everybody around feels the energy and, in turn, feels happy, too. It’s just like doing everything else. There is no mantra to it. 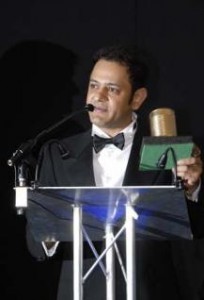 Visual medium, in my opinion, is one of the most powerful communications tools gifted to mankind that influences every human being in one way or the other. I wonder how one can look at a script and conclude the fate of that creation at that very stage. I love the process, especially the phases the written words go through including filming, editing, scoring, sound designing, color correcting, mixing, etc. and how at each level the original image only keeps getting enhanced and results in the final image.

It also depends on why you want to make films. If you are making films for others, joining a production house would be a great way to learn how things operate in an industry. However, I have not walked that path so I can’t say if that’s how to achieve that goal. I love making movies because it’s almost like doing nothing, and what can be better than doing nothing. Besides, just like any other sport, this is a hobby for me so the essence of making everybody happy doesn’t exist. This is what makes the difference for me. 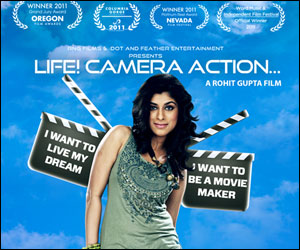 Q: What were some of the highlights of making Life! Camera, Action…?

A: It was fun beyond words. Life! Camera, Action… was simply a personal experiment to put a film together and go through the process firsthand. It’s an evolution of a ten-minute semester project at New York Film Academy. Shot with a two-member crew, in around ten days in New York City and New Jersey on a shoestring budget, on a Panasonic DVX 100, we mostly used the camera mike, limited usage of artificial lights to 5%, shot on locations, and dubbed (ADR’ed) the entire film in four days; thanks to the team. A song sung by renowned Bollywood singer KK was written and composed within two hours. The film was mistakenly shot on 16:9 and 4:3, and we had to crop the entire film frame by frame to anamorphic 2:35:1 to get a cinemascope effect. Most of it was edited on my MacBook Pro. The actual time spent working on the film was around five months, splitting post-production between Mumbai (songs recording/background score) and New York City (sound design, color correction, final mix) and my laptop.

Q: Were there any mistakes?

A: I’m still counting them.

Q: How has winning an Accolade Award of Merit for direction, cinematography and dramatic impact helped Life! Camera, Action…?

Q: What about the Accolade Award of Excellence for feature film?

A: It’s exciting, but I’m surprised. I’m sure it’s a mistake.

Q: What’s your next film?

A: It depends on when and what excites me. Like I told a friend Another Day, Another Life was a teaser, Life! Camera, Action… was a trailer, so a movie is yet to be made. This is just the beginning.