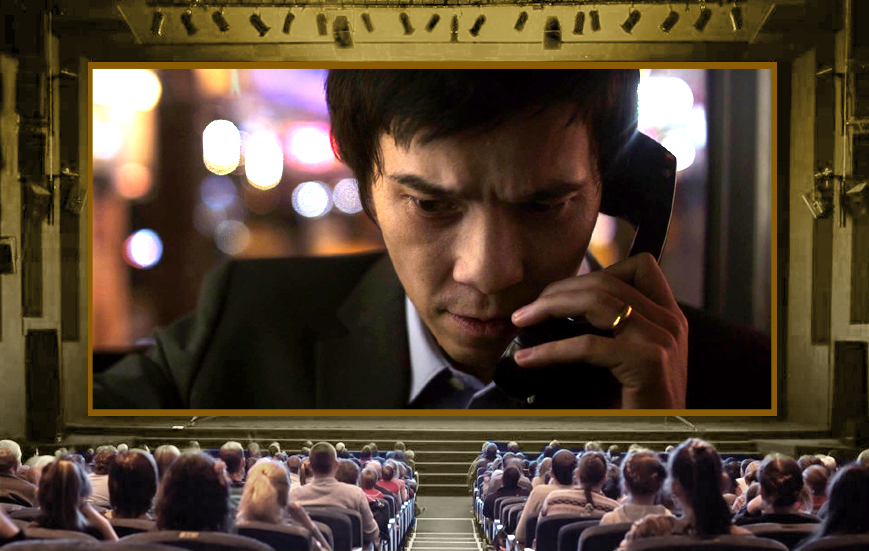 Dax Phelan (USA), Jasmine, Film Feature – A year after his wife’s murder, once-successful Hong Kong businessman, Leonard, is still reeling from the tragedy.  Having lost his job, friends and all sense of order in his life, he becomes obsessed with a mysterious stranger he sees at his wife’s grave, believing him to be responsible for her death.  The restrained pace lulls viewers until the jarring finale. Leonard is a precisely crafted character brought to life brilliantly by Jason Tobin (The Fast and the Furious, Pound of Flesh) who is both achingly sad and increasingly creepy.  With an excellent supporting cast including Eugenia Yuan (Memoirs of a Geisha, Crouching Tiger, Hidden Dragon), Byron Mann (The Man with the Iron Fists, Hawaii Five-0, The Big Short) and Sarah Lian.  With thoughtful direction, on point cinematography, intensive use of sound and a haunting soundtrack.

Phillip Rhys (USA), The Scarecrow, Film Short – Randall feels the joy of his son and the pain of a lost love, but when encountering the Scarecrow, he discovers what ultimately unites us all. Poignant and heart breakingly honest. Golden Globe winner and Emmy Nominee Sandra Oh (Grey’s Anatomy, Sideways) and Darren Pettie (Mad Men, The Good Wife).

Patrick Osborne and David Eisenmann (USA), Pearl, Animation – Living in their car, a girl and her dad cross the country chasing their musical dreams. It’s about gifts, their power of love and finding grace in unlikely places.  Driven by and indelible and touching song, Oscar-winner Osborne brings extraordinary filmmaking to this charming film – part of the Google Spotlight series.

Andrea Kalin (USA), First Lady of the Revolution, Doc Feature – Emmy-Award winning Kalin tells the remarkable story of Southern belle Henrietta Boggs, who fell in love with a foreign man and foreign land and became part of a revolution – and ultimately the first lady of Costa Rica.  Engaging, informative and entertaining.

Mark J. Blackman (United Kingdom), Ferried, Film Short –  Michael is intensely lonely and relies on a taxi to take him into town.  New driver Ahmed treats him like a friend to be made.  Featuring veteran actors Richard Cordery (Les Miserables)and Navin Chowdhry (Doctor Who).  A nuanced, emotional and painfully honest portrayal of isolation and kindness.

Klaus Naumann, Naumann Film (Germany), MAN eMobility Truck, Industrial / Technical / Business – The first electronically operated MAN eMobility Truck has been shown in action in this exhibition film beautifully shot and crafted.  An ad made to look like a creative film it shows MAN – as a pioneer in the transport industry.