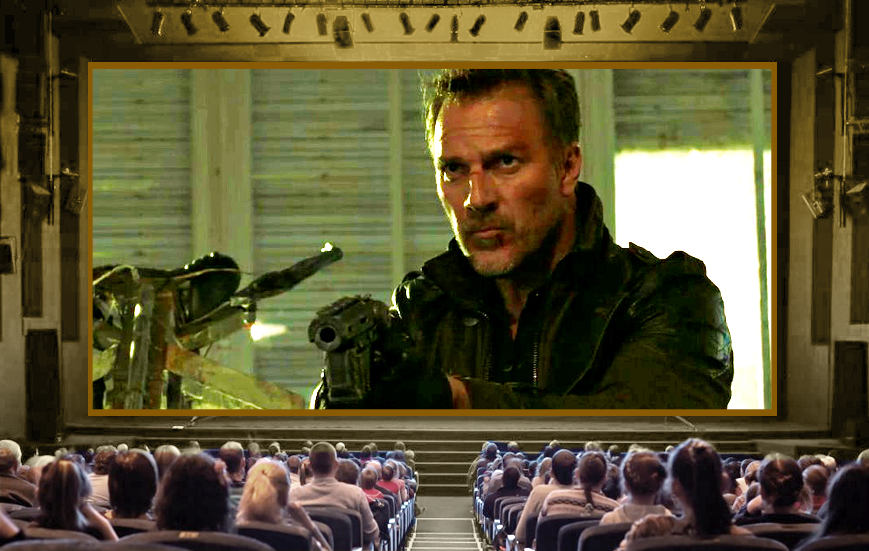 Guy-Roger Duvert (USA), Virtual Revolution, Film Feature –  In 2047, most of the population spend all of their time online, connected into virtual worlds where they can fulfill all their fantasies, losing all interest for reality and leaving it to a small minority. A shadow Agent is tracking and eliminating terrorists who want to destroy this system.  A rare movie that combines Sci Fi, with action scenes, stunning visuals, imaginative CGI and deep philosophical questions about life and freedom at its core.  Starring Mike Dopud (Stargate Atlantis, Continuum) and Jane Badler (V, Mission Impossible).  From talented feature film and trailer composer turned live action director Guy Roger Duvert (Transformers 3, Green Lantern, Prometheus, Lone Survivor)

Riley Wood (USA), A Life Lived, Film Feature – The story about the life of a dollar bill, and the many lives it passes along the way.  A thought provoking and entertaining journey through life, death and some major mistakes.  With outstanding ensemble cast of Denise Richards, Jennifer Taylor, Marshall Manesh, Lili Bordan, Brendan McCarthy, Kinga Philipps and Douglas Tait.

Zoltan Török, Wild Tales Productions with Doclights NDR Naturfilm (Sweden/Germany), The Everglades – A Watery Wilderness, Nature/Wildlife – Produced for National Geographic, this intimate portrait of a strange but troubled watery wilderness is told through stories of the animals that call it home. Stunning cinematography, exceptional editing and never before seen footage.

Kevin O’Neill (USA), Undertaking, Film Short – Roy Maynard lives on the property that his father left him. Roy collects roadkill, and like the vultures that prey on the weak, the townspeople prey on him. Deftly directed it is both heart-warming and heart-breaking. With a nuanced and exceptional performance by Eddie Jemison (Ocean’s Thirteen, Bruce Almighty).

Diego Rougier (Chile), Alma (Soul), Latin/Hispanic – Fernando and bipolar Alma have been married for 17 years. She kicks him out because she thinks he can’t deal with her illness.  Fernando is determined to get her back. A quirky and convincing performance from Chilean actress Javiera Contador(Desfachatados, Sal) and Fernando Larraín (Separados, Papa a la Deriva).

Constantinos Mantalias (Greece), Destiny- A Wedding Story in Switzerland, Weddings – When the filmmakers arrived in Zurich, the news about the weather were not that great. But after meeting the couple the weather was just a minor inconvenience.  A wedding video that plays like a cinematic trailer with a compelling storyline and beautiful visuals.