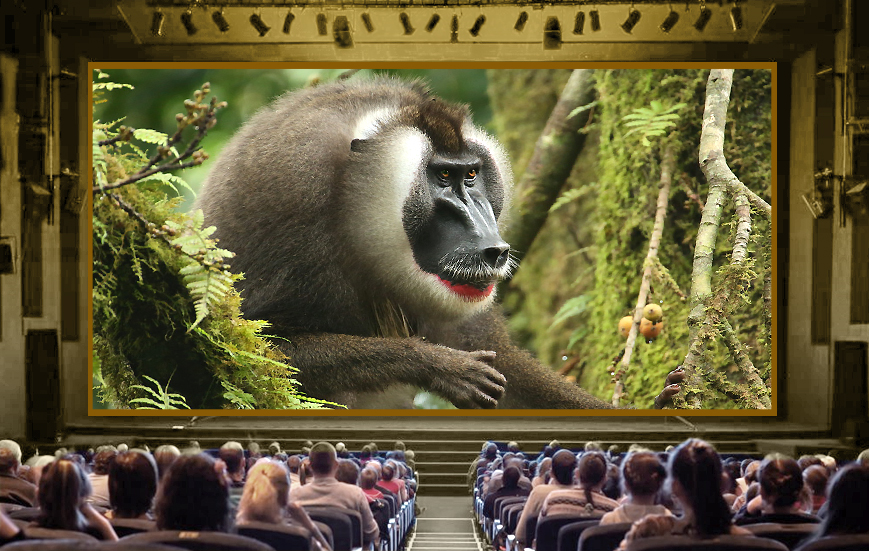 Oliver Goetzl (Germany), LOST KINGS OF BIOKO, Doc Feature and Nature/Environment/Wildlife – In terms of filming difficulty – wildlife documentaries could be named among the hardest to make.  No CGI, no actors, nothing but unpredictability and often taking weeks in bizarre places to get even one shot. Goetzl and film partners Justin Jay and Ivo Nörenberg deliver exceptional work on Bioko. Informative with an amused and entertaining script, stunning visuals, excellent sound design and a soundtrack that is alternatively poignant and playful. Bioko is an isolated island off the coast of Africa, covered by primeval rainforest and inhabited by a greater variety of species than nearly any other place on Earth. The ruler of this realm is one of the world’s least known primate species, the drill. Historically revered, indigenous folklore tells us of a drill king who ruled the island’s forests, a place where drills still play a critical role in the health of an ecosystem known to scientists as a biodiversity hotspot. This film explores the secret lives of drills and their mysterious island home as we follow a family group and a newborn who discovers this tropical paradise with all its challenges for the first time. Narrated by voice actor Colin Solman. Producers: Gulo Film Productions for NDR Naturfilm / Doclights. Co-produced by NDR, WDR, ARTE, ORF, SMITHSONIAN CHANNEL, SVT.

Benjamin Howdeshell (USA), Withorwithout, Music Video – A horror film/music video about a couple who are victims of a home invasion. Milla Jovovich (The 5th Element, Resident Evil) delivers a tension filled performance to an eerily upbeat tune by Berlin band Parcels who appear as the intruders. Deft direction keeps it intense and finishes with a twist. With Carsten Norgaard (AVP: Alien vs. Predator).

Matt Wechsler, Annie Speicher (USA), Right to Harm, Doc Feature – Emmy-nominees Wechsler & Speichers’ exposé on the public health impact of factory farming in the USA, told through the eyes of residents in rural communities. When pushed to their limit, these disenfranchised citizens band together to demand justice from their legislators. Eye opening and disturbing with a fresh take on yet another atrocity of factory farming.

Umut Aral (Turkey), Good Game, The Beginning, Film Feature/ Children – A recent high school grad and talented gamer is helping to support his mother and dying sister. One day he is approached to join a pro team called the “Odd Five” and his life is changed forever. A lively frolic through the twists of tournament gaming and life lessons. Stars:  Mert Yazicioglu, Yiğit Kirazcı, Afra Saraçoglu, Kerem Bürsin.

Andrei Severny (USA), Buried Seeds, Doc Feature – Chronicles the journey of immigrant Vikas Khanna from a bullied child with club feet in India to an international Michelin Star Chef and food show celebrity. A timeless and true story of human passion, willpower and resolve in the face of adversity, Khanna shares his meaningful philosophy of life accompanied by beautiful visuals and emotive soundtrack.

Farnoosh Abedi (Iran), Tangle, Animation –  Maliheh GHolamzadeh wrote and directed this moving glimpse into the life of a girl during wartime and the story of people that must leave their home because of war. Beautifully crafted and imaginative using the metaphor of strings that tie us to our history. A reflective ride of emotions and impact highlighting one of the most extreme humanitarian crisis of our times.