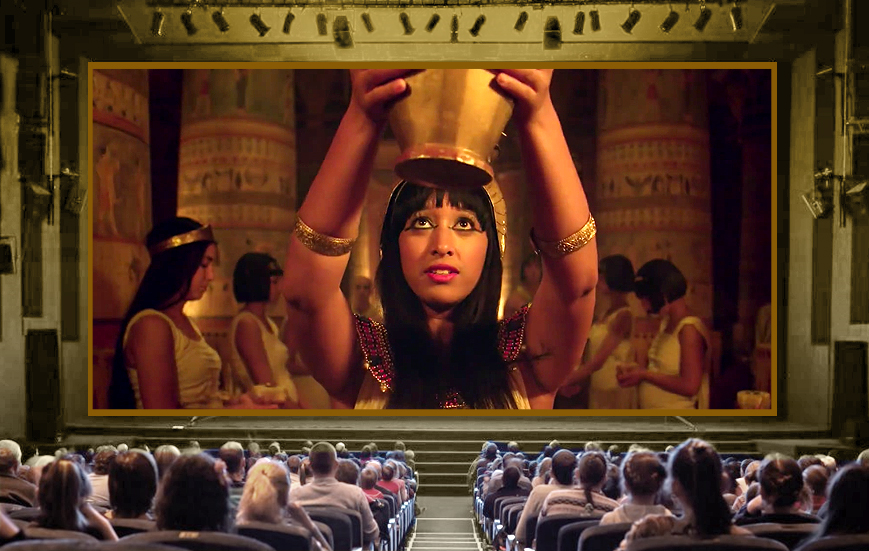 Tile Films (Ireland), Sacred Sites – Egyptian Priestesses, Program/ Series: Tile Films and the Smithsonian Channel’s series gives viewers a glimpse into the mysteries of sacred sites around the world. Much is known about the pharaohs of ancient Egypt, but new archaeology has revealed evidence of another powerful religious and political position, one led by women. Until recently, the God’s Wives of Amun were all but forgotten, but Egyptologists exploring sacred sites have rediscovered their remarkable story. Learn the source of these women’s power, explore their religious ceremonies and festivals, and see how they blazed a trail for the most famous Egyptian queen of all: Cleopatra. Award-winning producers Stephen Rooke and Lara Danaher assemble an all-star team featuring stunning cinematography, spectacular aerial footage, expert research, insightful interviews, compelling score and evocative reenactments. Egyptian Priestesses deepens our understanding of this powerful and mystical time in human history. With veteran Voice Over Artist Eric Meyers (NOVA, PBS), Editor Jim Dalton, Writer David Ryan, DOP’s Piaras Mac Cionnaith, Colm Hogan and Music composer Giles Packham.

Antoine de Bujadoux (France), Ten Minutes Tops –  A man and a woman sit at a table together. They have ten minutes to talk and lots of things to say. Exceptional performances by accomplished actors Marie-Christine Adam (French Kiss) and Phillipe du Janerand (La Femme Nikita) who carry this short film with a surprise ending. A creative piece with witty writing and authentic performances that is both amusing and poignant.

Caujat Laurent (France), Beating Heart, Film Feature – Since he is unemployed, Julian is a house-husband taking care of his daughter with love. He took on debts without telling his wife and is forced to commit crimes to pay for it. Intense and edgy with very relatable and human characters. Stars Pascal Mottier (Requiem for a Killer), Cylia Malki (La Vie en Rose), Christophe Fluder – (Extrême Pinocchio) with a breakout role for David Martins.

Stanley Black & Decker (USA), Nathalie McGloin – Making Motorsport for Everyone, Disability Issues – A moving and impactful global Stanley Black & Decker initiative film – Nathalie explains how the car is symbolic to both causing her injury and to overcoming it. The STANLEY partnership aims to make a difference by showing that nothing should stop people from getting the most out of life. Tight editing, compelling visuals and superb narrative.

Christiana Chang (China), Pinky Promise, Film Short – Fang Fang, an eight-year-old country girl, is reclusive and sensitive waiting for her mother to return. Ms. Song gets her in a charity singing contest but the unfulfilled promise she made to her has ultimately broken Fang Fang’s hope. Beautifully shot and edited it is a sobering and heart breaking film highlighting China’s rural employment plight and children left behind.

Olejnik Kamil (France), I Am Sorry, Film Short – This short film follows the last day of a condemned man and the depths of emotions he and his long-time guards face as they prepare for execution. Moody lighting and nuanced performances by Karol Olejnik  (L’Art de l’Esquive) as well as his captors Marco Tchicot and Jacques Magnin put a human face on this rueful circumstance and a surprise ending is chilling.