Discovery Communications (USA) – The Cannibal in the Jungle 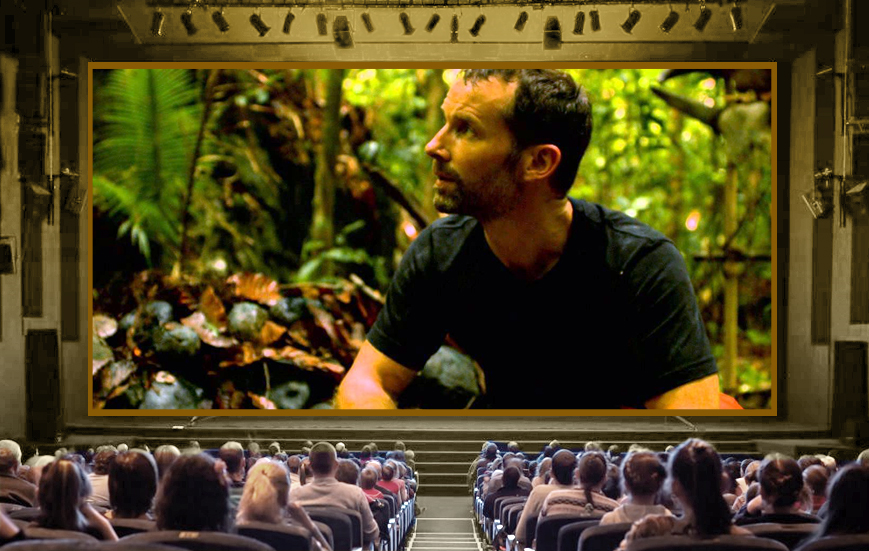 Discovery Channel (USA), The Cannibal in the Jungle, Film Feature – Directed by Emmy Award winner Simon George, follows the story of an American scientist who was convicted of killing and cannibalizing two colleagues in the jungles of Indonesia in 1977. Branded “The American Cannibal” Dr. Timothy Darrow defended himself by claiming a mythic human-ape creature was responsible for the murders. Imaginatively and expertly crafted as a real documentary it follows an expedition team who investigate Darrow’s claims and to find out if these legendary creatures still exist. The movie is a creative blend of reality, history, legend and pure fiction but shows like a perfect documentary.  Written by Emmy nominee television vet Charlie Foley.

Paul Scott (Australia), Redesign My Brain Series 2 – (Make Me Brave), Health / Medicine / Science –  Award winning host Todd Sampson’s Brain Series proves the brain can be trained to meet the challenges of modern life. The finale sees him face his biggest fear and perform a skywalk between buildings. Compelling, it hooks the viewer and doesn’t let go.

Josh Thome and Dave Mossop (USA), ʻĀINA: That Which Feeds Us, Documentary Short – The film highlights a way to address some of the most pressing environmental and health crises facing Kauai – and Earth. It vividly illustrates the power of agriculture and consumer choices for people and the planet. Gorgeous cinematography and compelling narrative with soul.

Swoop Films (USA), Hard To Believe, Documentary Short, Film Short, Religion/Ethics, Use of Film for Social Change, Health / Medicine / Science –  An investigation of the horrifying medical crime of mass murder of prisoners of conscience in China, for the sale of their organs. Personal stories, a doctor’s confession and chilling facts.  By Emmy-Award winner Ken Stone.

Paloma Lommell (United Kingdom), The Schoolboy, Woman Filmmakers – Claire, a former teacher is haunted by her memories of a mysterious event that happened a year ago. In order to come to terms with her past, she decides to return to the place where her sense of guilt originates from: School. An impactful film with excellent performances from Kim Evans and Charlie Heaton.

Omry Fisher (Israel), Tom, Animation (Student) – An astronaut encounters a major problem as he prepares to return to earth after a long space voyage. A fantastically animated short that takes the audience on a ride of another kind – and the unexpected return to “reality” he encounters. ……………………………………………………………
..