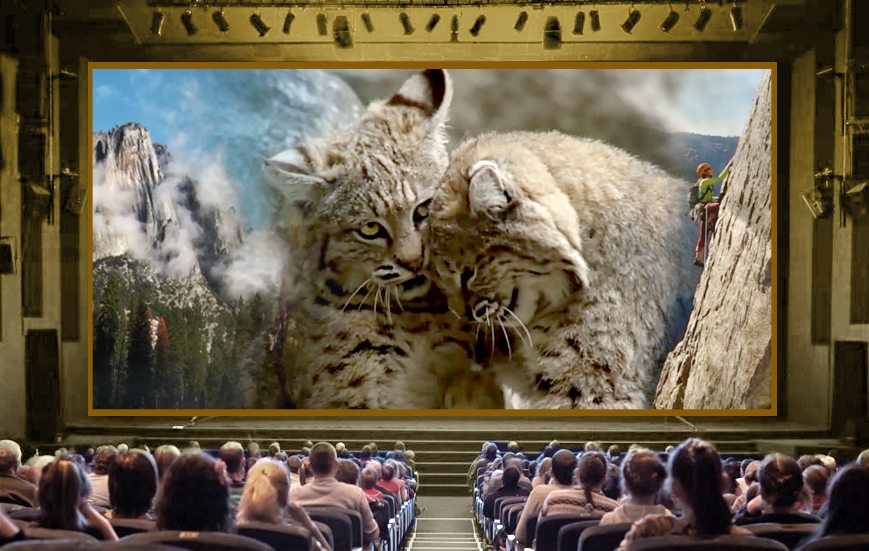 Oliver Goetzl (Germany), YOSEMITE, Nature / Environment / Wildlife – In conjunction with National Geographic this stunning program leads the viewer on an adventure through the national park complete with gorgeous visuals and intriguing stories of the wildlife that call Yosemite home. Three years in the making, the filmmakers show the dedication, fortitude and innovative techniques required to master a film with wildlife stars such as bobcats, black bears, coyotes and golden eagles.  Features a witty, entertaining and informative script that takes the viewer on a memorable journey. Award winning Director  Oliver Goetzl has worked for BBC, Nat Geo, Disney and Animal Planet in exotic locations around the globe.

Tim Bartell (USA), Dirty Beautiful, Film Feature – A lonely artist brings a young, drifter woman back to his tiny apartment to live with him. Between his obsessive tendencies and her non-stop drinking, something strange happens. They start to care for each other. Tim brings his extensive film and TV background to his first feature with charismatic, quirky characters.

David Bickerstaff (United Kingdom), EXHIBITION ON SCREEN: Vincent van Gogh – An insightful documentary, it provides a deeper understanding of Vincent Van Gogh, and the experiences throughout his life that contributed to his success. The viewer is taken on a journey of discovery, from his earlier occupation as an evangelist, through to his development into becoming an artist.

Antonis Tsonis (Greece / Australia), 3000, Film Short – When Leon’s best friend Ari shares tragic news about his battle with cancer, unemployed and desperate to help, Leon decides to become a criminal to pay for more cancer treatments. Against the backdrop of contemporary Athens, Greece, Leon’s actions to save his best friend have irreversible consequences.

Tilling Creative (United Kingdom), Castrol Heritage – They Said It Couldn’t Be Done, Corporate / Employee Communication – Castrol’s achievements told through innovative visuals of technicians that see these achievements through reflections of the stories playing out in the visors of various goggles and helmets. Creative and interesting visuals tell the story.